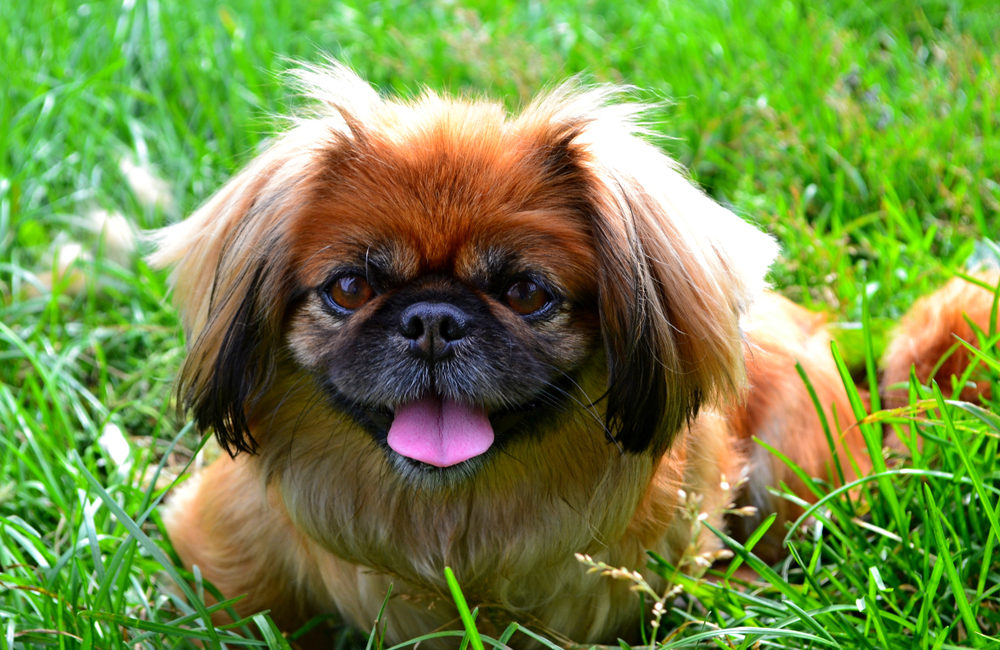 Breed of the Month: Pekingese

The Pekingese originated in China and dates as far back as the Tang Dynasty (618-907). The name Pekingese comes from the city Peking which is now known as Beijing. Pekingese were bred as a companion dog for royalty, and if anyone stole or tried to steal one, they were sentenced to death. In 1860, the British took over the Chinese Imperial Palace and brought home 5 Pekingese for Queen Victoria. The modern-day Pekingese are descendants from these 5 Pekingese. Also called the Lion Dog, the Pekingese is not aggressive and fears nothing. Pekingese are known for being stubborn but are calm and good-tempered and do everything with dignity and grace. The Pekingese is a wonderful loving family dog but can be wary of strangers so early socialization is recommended. If you are considering a Pekingese, be fully aware that grooming will be a huge part of its care. It is suggested to brush once to avoid tangles and matting twice weekly, and bathing is recommended once to twice monthly as needed. Pekingese have skin folds on their faces, so it is best to clean their faces and folds daily to prevent infection. If you are looking for a unique, dignified dog who is devoted to its family, then the Pekingese may be the right breed for you!